Just as God led the people of Israel through times of trial, God was with the German immigrants who founded Upper Bermudian Lutheran Church. The Church was officially organized in 1782, though began to form several years earlier in 1770. The first settlers to this area spoke German and were considered foreigners in Pennsylvania, an English speaking colony. Thankfully their Faith and hard labors resulted in the church that continues today.

The first church was built in 1782 of logs and stood just below the present stone wall, now in the cemetery. It was shared by the Evangelical Lutherans and the Evangelical Reformed. A second church building was built and dedicated in 1835. The Sunday School was organized in 1849. Desiring a larger church, a new building was created by expanding the second building, and dedicated in 1885. This is the same structure that is used for worship today. The church has been used solely by the Lutheran congregation since 1911.

Located at 185 Ground Oak Church Road in Gardners, Pennsylvania, the church is also known as Ground Oak for the many oak trees on the property. 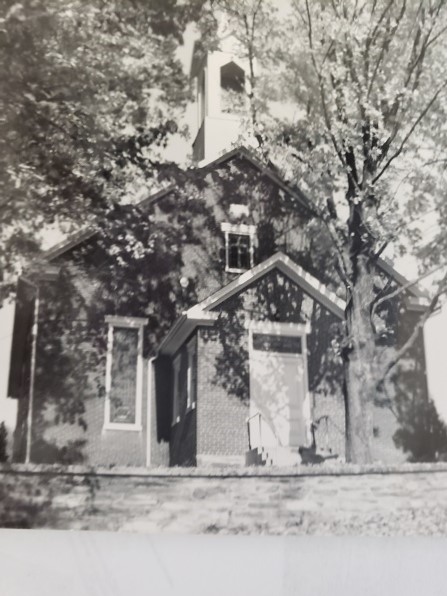 Church Exterior as of Today 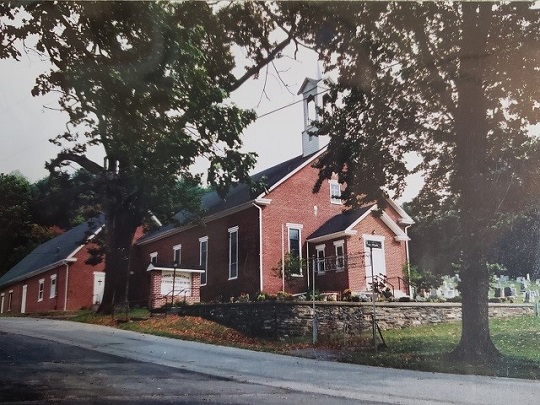 Years ago when there was just the church proper, all Sunday School classes – Men’s, Women’s Crusaders (young Married), Teenagers, Upstreamers – were held in the church sanctuary. The Primary Class was held behind a curtain where the piano and organ now stand. Sometimes Ruth Lobaugh had at least a dozen little ones; and they were to be quiet. According to her, “A good job I did, I think! Now one kid makes more commotion than the 12 did.”

During this time the choir of 12 was accompanied by an old pump organ. Attendance was around 80 for Sunday School. In 2003 only around 40 may have attended Sunday School. (and still less today) 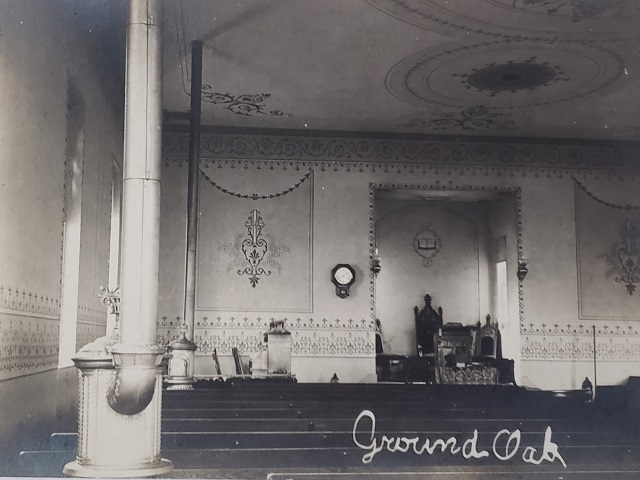 Note the elaborate ceiling of the church interior. When the Sunday School building was built in 1963, the sanctuary was also remodeled by adding the painting of Christ and new altar. At this time the beautiful ceiling was also covered. 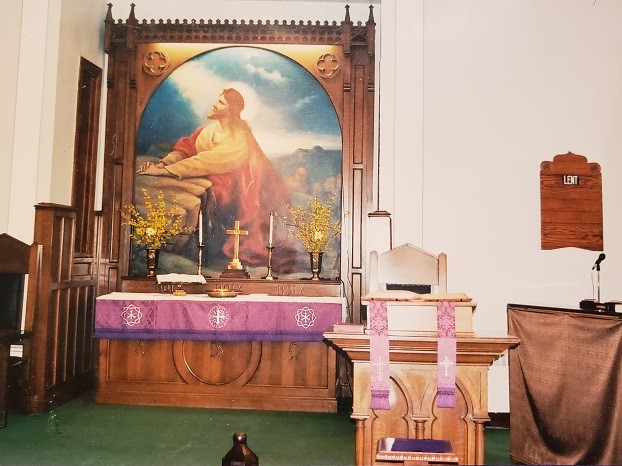 The stained glass windows were designed and installed prior to the 1940’s at a cost of $50 per window. The 10 windows in the sanctuary were paid for by church families and fund raisers by various Sunday School classes. Picture taken from the outside looking in. 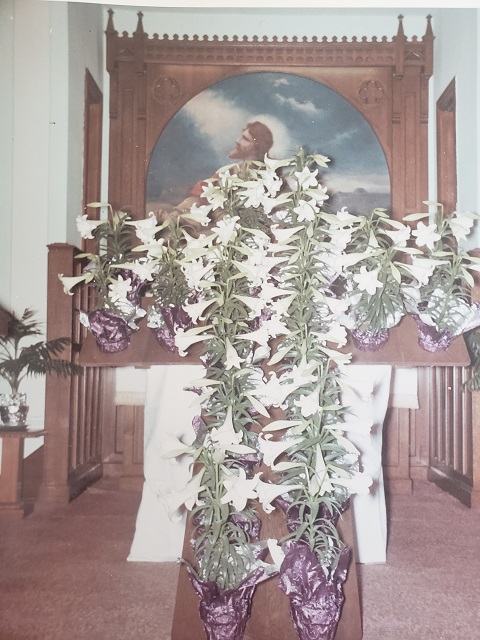