Among the early pioneers of the Lutheran Church in America was a man by the name of Rev. Lucas Raus. He arrived at the port of Philadelphia in 1749 and eventually made his way into what is known today as Adams County. It was here where he founded the Upper Bermudian Church, also known as Ground Oak Church in 1770.

Around the year 1868, there emerged from this congregation a group of men and women who was to organize the Mt. Zion congregation in current day Cumberland County. The earliest church records of Mt. Zion contain baptisms and burials as early as 1868, however the congregation was not organized until February 6, 1869. There were approximately 85 – 100 members in this first congregation. By April 23, 1870, a Charter was adopted and entered into the Court of Common Pleas in Carlisle, Pennsylvania on June 14, 1870. Click the following document to see the list of names who were part of this Charter.

The first pastor to serve Mt. Zion, was Rev. Daniel Blackwelder from Concord, North Carolina. It was during his ministry that Mt. Zion was organized and the first church built. 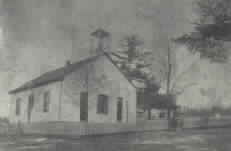 This early structure was a weather-board building. As was the custom of the early churches, there were two doors – one for male members to enter and one for the female members.

In 1895 extensive repairs were made to Mt. Zion under the ministry of Rev. William Grant Slifer. The two doors were replaced by one door in the center; new pews, pulpit, furniture, and carpet were installed at a cost of $400.00. 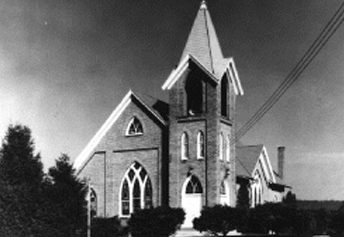 In the early part of the 20th century, the members of Mt. Zion, under the ministry of Rev. Harvey Bickel, decided to build a new brick church which is still in use today.

During the early part of the 20th century Mrs. Effie Beam played the old fashioned “pump” organ, for a number of years , followed by Almeda Paxton. In 1937, Mt. Zion installed the current Mollar pipe organ. Mrs. Nelle Beam became the full time organist upon the retirement of Miss Paxton. In 1969, when Nelle retired, Jim Beam became the full time organist and served until his retirement in 2012.

On August 3, 1952, ground breaking services were held for a new education building, under the ministry of Rev. Robert H. Sternat. On April 26, 1953, a formal dedication service was held. 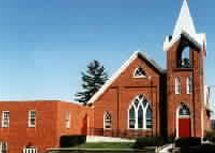